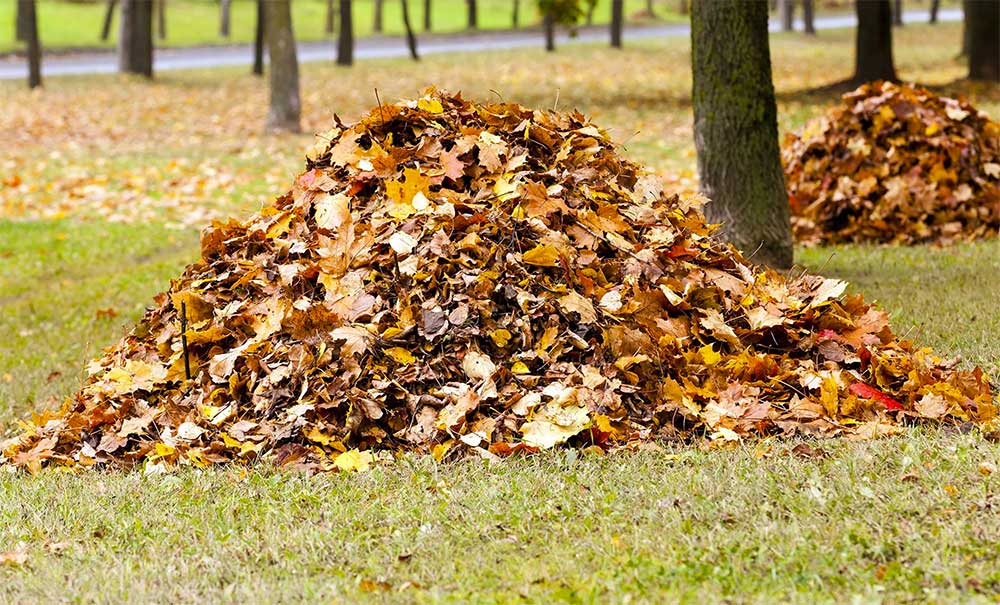 Collecting leaves isn’t as simple and straightforward as it seems

One of my favorite sights each fall is when the leaves on my maple tree in front of my home turn a deep, bright red. I captured a photo of the tree at the height of its color last fall and to remind me of its beauty, that picture is the screen saver on my cell phone.

The problem is, shortly after the leaves turn bright red, orange and yellow, they fall to the ground. And, as pretty as they are on the trees, they are a lot of work cleaning up. And, just how difficult or easy it is to get rid of those leaves depends on which community in which you live.

In Fairview Twp., residents with an annual permit can bring them to the Mountain Top Council of Governments (COG) compost facility in the Crestwood Industrial Park. Or, they can burn them on specific days according to township law.

Rice Twp. also allows burning within certain guidelines and the township has dumpsters where residents can bring their leaves for disposal.

In Wright Twp., open burning is prohibited. Residents can collect their leaves and bring them to the COG site, or, as many residents do, they can rake them to the edge of the road where they are collected by township employees. That collection takes place in the spring and fall, and Wright is the only municipality that collects leaves.

While the collection of leaves at the edge of the road is a convenience for residents, it does not come without cost. This month, Wright Twp. road foreman Matthew Howton, who is also a supervisor, submitted his 2018 leaf collection report to the board.

Howton reported that during 2018, township road crews collected approximately 504 tons, or about 4,032 cubic yards of leaves which they hauled to the COG site where they were turned into mulch.

That’s a lot of leaves recycled into mulch. It also takes a lot of time.

Howton reported that his four-person crew spent approximately 841 hours on leaf collection in 2018. Based on a 40-hour work week, that equates to one of his four-member crew spending 21 weeks, or 40 percent of his year, collecting leaves. The road foreman told me the equipment the township uses, which was purchased through a recycling grant, requires at least two men to operate – one to drive the truck and another to use the vacuum to pick up the leaves. In some areas, a third person is needed to direct traffic around the vehicle.

At a recent work session of the township supervisors, a discussion was held on possible grant opportunities for 2019. One of the projects discussed was applying for a Local Shares Account (gaming) grant to purchase a new leaf collection truck. Howton pointed out that there are vehicles available that can make leaf collection a one-person operation. Using a “joy stick,” the driver can also operate the vacuum, sucking the leaves into the truck. Such a system would free up at least one road department member for other projects.

Supervisors did not decide on whether to apply for the grant, leaving it on the table for further discussion.

Wright supervisors also discussed applying for a state Department of Community and Economic Development Greenways Grant to be used for removal of dead trees in the township park. Forester John Hopkins identified nearly 1,000 dead trees which need to be cut down and removed. It is estimated it will cost anywhere from $60,000 to $100,000 to cut down the trees.

Wright supervisors also discussed applying for a Luzerne County recycling grant to educate residents about recycling. Over the last year, local communities have gone from making a small profit on recycling to having to pay haulers to remove recyclable materials. Two factors play into this turnaround. There has been a decline in the demand of foreign countries for our recyclables and, much of the material must be sent to landfills because it is contaminated or unusable. Officials said consumers are not cleaning their bottles and cans before tossing them into recycling bins, making them useless for recycling. Additionally, consumers are mixing in material not suitable for recycling. This issue came up at a meeting of Dorrance Twp. supervisors this month. Officials warned that the future of recycling is unclear and urged residents to wash recyclable materials before throwing them into bins and to keep containers clean.

Supervisors gave permission to the fire department to participate in non-emergency events as approved by the fire chief or assistants.

Pat Rushton writes about Mountain Top. Contact him at pat4psu@msn.com.